It’s taken a decade of baby steps, but the Web is finally starting to grow up. We’ve banished the bleak days of brochureware back when companies thought that scanning their yearly reports page by page into half megabyte GIFs was the way to build an online presence.

We’ve woken up from the nightmare of building sites from nested tables that wouldn’t make the IKEA reject bin, thanks to browsers that (mostly) handle style sheets without leaving coders compromised.

And, thankfully, most people have got over their infatuation with Flash for its own sake, realising that two minutes of whirling geometrics is the closest thing to turning your entire front page into a Back button.

Call it a Renaissance if you like but the only way is up, no matter what you want to bring to the Web. Design mavens can now stretch CSS, JavaScript and even Flash to their limits, while maintaining clean, lightweight, elegant sites that embrace different platforms and even shrink to suit the mobile Web. At the same time, those more interested in content don’t have to sacrifice good looks for textual brilliance, and can draw upon publishing tools that make it easy for others to comment, contribute and collaborate online. Today’s bleeding edge sites are driven by the wishes and wills of both their creators and their visitors: they’re flexible, accessible and open to customisation. Most of all, they’re user driven: while it’s always been true that as much ego goes into building sites as HTML, we’re starting to see grassroots projects that offer distinctive personal visions, while embracing what their audiences anticipate from the Web and what they bring to the Web. The portal builders’ vision of the ‘Daily Me’ is evolving into the Webloggers’ ‘Daily Us’ and there’s plenty to like about it.

From interactive to inclusive

One of the earliest goals of site builders, back in what you might call the Web’s Stone Age, was to put a bit of life into static, read only sites. The arcane world of CGI was (and still is) beyond the reach of most HTML jockeys, meaning that any browser based techniques to add interactivity tended to be pretty lame. Reading back a visitor’s IP address or building a scripted form to pop up ‘Hello Dave!’ when you enter your name isn’t really the height of technology.

Even until recently, there’s been a digital divide between the bargain basement interactivity available to most site builders, and the customisation of higher end sites backed by self-motivated servers and databases. Now, though, with the advent of smart site publishing tools, that sort of dead end ‘interactivity’ can be tossed in the bit-bucket. Ironically, though, much of the personalisation offered by big portal sites has also proved to be a false dawn. While being able to pick and choose news stories or multimedia streams seemed a big thing in the Nineties, in hindsight it seems shackled by ‘old media’ expectations too much like buying a newspaper for the sports section or wielding the TV remote control.

What’s emerged in the last few years, then, is a redefinition of what interactivity should mean for the Web, which draws upon the various forms of online interaction that already thrive, i.e. email, newsgroups, chat rooms and instant messaging. So it’s time to put aside notions of dumb push button Interactivity’ that cast the Web as some giant videogame, and in its place embrace a new era of ‘inclusivity’, in which sites are built to enable complex interactions but on a very human scale. 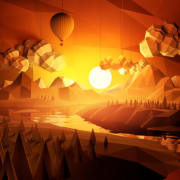 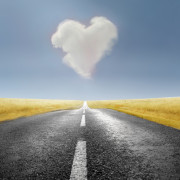 I use WordPress to Build Websites (And You Should Too) 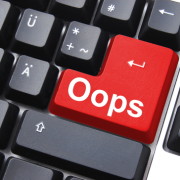 4 Keys to a Good Web Design

Attorney Online Marketing: Get Started on the Right Foot

Under Construction Fast, Affordable Website Design is the Key to Business Success!
Scroll to top